God never promised her political infallibility or wisdom and sometimes she doesn’t appear to have even elementary good sense. [The church] seems always to be either on the wrong side politically or simply a couple of hundred years behind the world in her political thinking. She tries to get along with any form of government that does not set itself up as a religion.

Communism is a religion of the state, committed to the extinction of the Church. Mussolini was only a gangster. The Church has been consorting with gangsters since the time of Constantine or before, sometimes wisely, sometimes not. She condemns Communism because it is a false religion, not because of the form of gvt. it is.

The Spanish clergy seems to be shortsighted in much the same way that the French clergy was shortsighted in the 19th cen­tury, but you may be sure that the Pope is not going to issue a bull condemning the Spanish Churches support of Franco and destroy the Churches right to exist in Spain. The Spanish clergy has good and bad in it like any other. If Catholics in Hungary fight for freedom and Catholics in Spain don’t, all I can tell you is that Catholics in Hungary have more sense or are more courageous or perhaps have their backs to the wall more than those in Spain.

You are good to ask these questions and in such a charita­ble spirit & I hope I can answer them in the same spirit.

At BookExpo two weeks ago, I had a chance to preview some of the forthcoming titles in the fall 2015 season. Here is a select list of books that looked the most promising.

Raymond Tallis, The Black Mirror: Looking at Life through Death (Yale UP)—the author of Aping Mankind: Neuromania, Darwinitis and the Misrepresentation of Humanity

Mark Edmundson, Self and Soul: A Defense of Ideals (Harvard UP)

Aviya Kushner, The Grammar of God: A Journey into the Words and Worlds of the Bible (Spiegel & Grau)

Harry G. Frankfurt, On Inequality (Princeton UP)—from the author who brought you On Bullshit

Philip Jenkins, The Many Faces of Christ: The Thousand-Year Story of the Survival and Influence of the Lost Gospels (Basic Books)

John P. Meier, A Marginal Jew: Rethinking the Historical Jesus, Volume V: Probing the Authenticity of the Parables (Anchor Yale Bible Reference Library)—in which he argues that only four parables—those of the Mustard Seed, the Evil Tenants, the Talents, and the Great Supper—can be attributed to Jesus with certitude.

Diana Fuss and William Gleason, The Pocket Instructor: Literature: 101 Exercises for the College Classroom (Princeton UP)

Leonard Sax, The Collapse of Parenting: How We Hurt Our Kids When We Treat Them Like Grown-Ups (Basic Books)—the author of Why Gender Matters

Miroslav Volf, Flourishing: Why We Need Religion in a Globalized World (Yale UP) 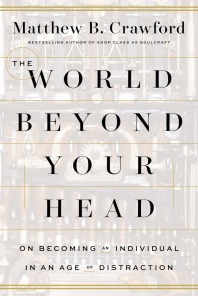 Matthew Crawford’s The World Beyond Your Head: On Becoming an Individual in an Age of Distraction (FSG)

I had heard good things about Crawford’s earlier book, Shop Class as Soulcraft, which began as an essay he wrote for The New Atlantis. But I never got around to reading it. I should have. This new book, which builds upon the argument of the first, takes up very concrete examples of short-order cooks, motorcycle drivers, casino gamblers, and glass blowers to show the reader what’s lost when our attention is redirected away from physical objects and onto representations. I can’t do the argument justice in this short space, but it’s also about personal freedom and our connection to other people. It’s brilliant. Read an excerpt here. END_OF_DOCUMENT_TOKEN_TO_BE_REPLACED 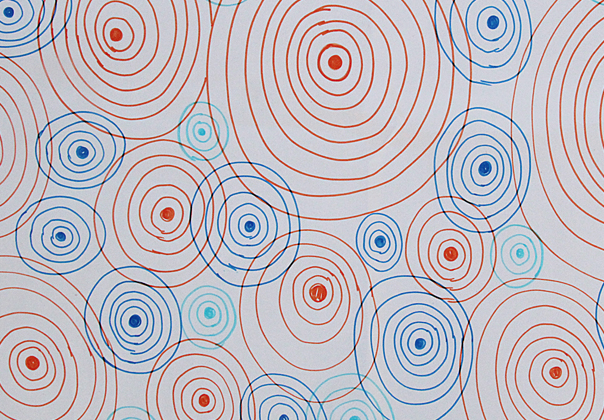 For a long time, I’ve appreciated the role that churches, associations, and other nongovernmental institutions play in providing things that individuals and families need — outside markets and when markets fail — in civil society. Tocqueville wrote about them in Democracy in America. Edmund Burke called them “little platoons” (artfully rearticulated in Charles Murray’s In Pursuit).

From books such as Robert Putnam’s Bowling Alone, I also appreciated that these institutions, vital sources of social capital, were being worn down by various forces in modern life. However, I have only recently come to appreciate the fact that the size and scope of government is prone to expand in their absence.

END_OF_DOCUMENT_TOKEN_TO_BE_REPLACED

Lately I’ve heard a lot of dismissive comments about “checklist” Christianity. The people who usually fret about such things are concerned that an over-reliance on a set of rules or prescriptions turns Christian discipleship into an exercise in legalism, works-righteousness, or “Churchianity.” But, as Kevin DeYoung highlights in his excellent book The Whole in Our Holiness, Jesus himself exhorted his followers—in the great commission no less—to make disciples, “ teaching them to observe all that I have commanded you” (Matthew 28).

END_OF_DOCUMENT_TOKEN_TO_BE_REPLACED 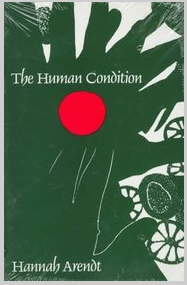 I make no claim to understand what the philosopher Hannah Arendt is doing in her book The Human Condition (1958). Her thoughts fly upward; her prose, I fear, remains below. END_OF_DOCUMENT_TOKEN_TO_BE_REPLACED

From the looks of this site, it seems as if I took a hiatus from posting for Lent. Unfortunately, that wasn’t intentional. But I have been focused on a new endeavor—becoming a host for the New Books Network. My “channel” is New Books in Biblical Studies, and my first podcast, an interview with Tremper Longman about his new commentary on the Psalms, is now up on the site. Please let me know what you think of it! I’ll be posting new interviews each month.

Apropos of Valentine’s Day, here are some epigrams by Michael Oakeshott, drawn from his recently published notebooks. The first selection comes from pages 348–49, the second from 411–12. He comes across as a romantic and a skeptic—a rare combination. I hope to post some more excerpts in the coming weeks.

The phenomenon of love, perhaps, more than anything else, shows the secondary place of justice and morality in human life. We live suspended in an unstable solution; only for immediate purposes of practical life a certain stability is introduced—called justice and morality. The rest is favor and affection.

END_OF_DOCUMENT_TOKEN_TO_BE_REPLACED 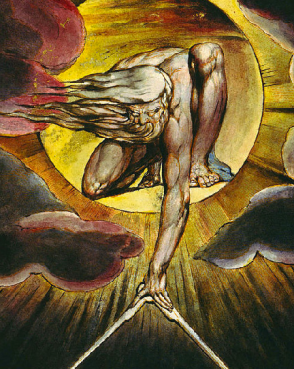 Tolkien’s idea of subcreation has been much discussed by his fans and critics. Few, however, have located the source of that idea in the work of Samuel Taylor Coleridge. The Biographia Literaria provides a clue. In chapter 13, on the imagination “or esemplastic power,” we read:

The imagination I consider either as primary, or secondary. The primary imagination I hold to be the living Power and prime Agent of all human Perception, and as a repetition in the finite mind of the eternal act of creation in the infinite I AM. The secondary I consider as an echo of the former, co-existing with the conscious will, yet still as identical with the primary in the kind of its agency, and differing only in degree, and in the mode of its operation. It dissolves, diffuses, dissipates, in order to re-create; or where this process is rendered impossible, yet still at all events it struggles to idealize and to unify. It is essentially vital, even as all objects (as objects) are essentially fixed and dead.

Fancy, on the contrary, has no other counters to play with, but fixities and definites. The Fancy is indeed no other than a mode of Memory emancipated from the order of time and space; and blended with, and modified by that empirical phenomenon of the will, which we express by the word Choice. But equally with the ordinary memory it must receive all its materials ready made from the law of association.

According to Adam Roberts’s new edition, Coleridge crossed out the line set in roman above. But it is precisely this phrase that Tolkien and others seize in making a firm distinction between creative acts of God and those of artists. As Robert explains, “God has created the cosmos as an act of primary imaginative power. When creative artists create their work, they are engaged in a finite imitation, in a kind of ratio inferior, of that primary act. . . . Such work is necessarily secondary to the divine creation, but only in degree, not in kind.”

While we readily recognize Tolkien’s anti-modern sensibilities, we can see here that he was also clearly operating within a Romantic framework, where the artist retained his status as myth-maker and his labors were not yet unmoored from religious significance. That side of Tolkien’s thought deserves greater recognition and appreciation. 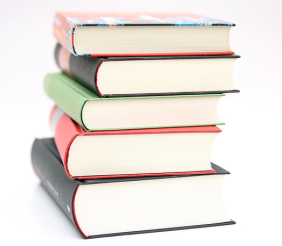 Here are a few of the books that I am most looking forward to reading in 2015. (I will announce some fall books later this spring, after BookExpo.)