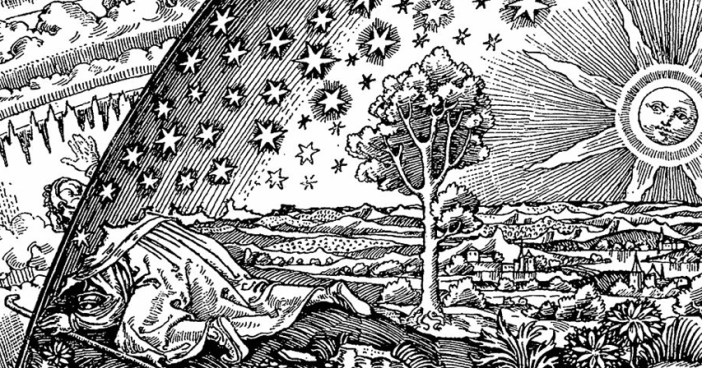 In his short work entitled The Literal Meaning of Genesis, Saint Augustine provides excellent advice for all Christians who are faced with the daunting task of interpreting Scripture in the light of scientific knowledge:

In matters that are obscure and far beyond our vision, even in such as we may find treated in Holy Scripture, different interpretations are sometimes possible without prejudice to the faith we have received. In such a case, we should not rush in headlong and so firmly take our stand on one side that, if further progress in the search of truth justly undermines this position, we too fall with it. That would be to battle not for the teaching of Holy Scripture but for our own, wishing its teaching to conform to ours, whereas we ought to wish ours to conform to that of Sacred Scripture.

Let us suppose that in explaining the words, “And God said, ‘Let there be light,’ and light was made,” one man thinks that it was material light that was made, and another that it was spiritual. As to the actual existence of “spiritual light” in a spiritual creature, our faith leaves no doubt; as to the existence of material light, celestial or supercelestial, even existing before the heavens, a light which could have been followed by night, there will be nothing in such a supposition contrary to the faith until unerring truth gives the lie to it. And if that should happen, this teaching was never in Holy Scripture, but was an opinion proposed by man in his ignorance.

On the other hand, if reason should prove that this opinion is unquestionably true, it will still be uncertain whether this sense was intended by the sacred writer when he used the words quoted above, or whether he meant something else no less true. And if the general drift of the passage shows that the sacred writer did not intend this teaching, the other, which he did intend, will not thereby be false; indeed, it will be true and more worth knowing. On the other hand, if the tenor of the words of Scripture does not militate against our taking this teaching as the mind of the writer, we shall still have to enquire whether he could not have meant something else besides. And if we find that he could have meant something else also, it will not be clear which of the two meanings he intended. And there is no difficulty if he is thought to have wished both interpretations if both are supported by clear indications in the context.

Usually, even a non-Christian knows something about the earth, the heavens, and the other elements of this world, about the motion and orbit of the stars and even their size and relative positions, about the predictable eclipses of the sun and moon, the cycles of the years and the seasons, about the kinds of animals, shrubs, stones, and so forth, and this knowledge he holds to as being certain from reason and experience.

Now, it is a disgraceful and dangerous thing for an infidel to hear a Christian, presumably giving the meaning of Holy Scripture, talking nonsense on these topics; and we should take all means to prevent such an embarrassing situation, in which people show up vast ignorance in a Christian and laugh it to scorn. The shame is not so much that an ignorant individual is derided, but that people outside the household of the faith think our sacred writers held such opinions, and, to the great loss of those for whose salvation we toil, the writers of our Scripture are criticized and rejected as unlearned men.

If they find a Christian mistaken in a field which they themselves know well and hear him maintaining his foolish opinions about our books, how are they going to believe those books in matters concerning the resurrection of the dead, the hope of eternal life, and the kingdom of heaven, when they think their pages are full of falsehoods on facts which they themselves have learnt from experience and the light of reason?

Reckless and incompetent expounders of holy Scripture bring untold trouble and sorrow on their wiser brethren when they are caught in one of their mischievous false opinions and are taken to task by those who are not bound by the authority of our sacred books. For then, to defend their utterly foolish and obviously untrue statements, they will try to call upon Holy Scripture for proof and even recite from memory many passages which they think support their position, although “they understand neither what they say nor the things about which they make assertion” [1 Timothy 1:7].

Excellent advice, don’t you agree? To read the full text, see this online translation by J. H. Taylor (Newman Press, 1982). Augustine’s perspective surely deserves deeper appreciation and consideration than what we too often see reflected in contemporary debates, although there are some notable exceptions.